Start building your dream board!

Target production time for custom boards is about 6 weeks, but we will keep you informed during production.

Your easy-to-travel all-round wave kitesurf board

The Klokhouse Noseless is our most allround wave kitesurf board. By removing the nose of the board, it becomes easier to throw around as there is less swing weight. Secondly, traveling is made easier as the boards will fit in most kite bags.

The overall performance of the board is almost identical to the normal Klokhouse performance surfboard. Finally the noseless version features a grab rail in the deck, making it easier to hold onto the board while performing board-off tricks.

It’s like kitesurfing on your everyday surfboard. It has the same flex, weight and feel that everyone loves when surfing. Now available in a board that can cope with the board abuse that kitesurfing brings.

It takes a bit of getting used to not seeing the pointy nose, but less weight, easy travel and a slightly looser feel make a noseless version a good option. The nose has an increased rocker to prevent it from diving.

Extra volume in the middle

The Klokhouse is based on a traditional high performance shortboard. It has that familiar feeling that you can expect from a performance surfboard. Yet it is not too “pro rider focussed”, it brings this performance feeling to the average rider as well. Partly because the board is slightly wider in the middle, it floats a bit more, helping you over those softer sections of the wave.

It has a fair bit of rocker in the nose which is flattened out in the tail. This makes the board plane earlier and helps upwind performance. The rocker in the area that actually touches the water is the same as in the normal klokhouse, making the way the board behaves feel very similar.

Medium to thin rails make it grip the water and give you control at high speeds which are typical when kitesurfing. Grab rails in the deck make it easier to hold on to.

The squash tail is  thin for optimal feel with the water. Hard edges release the water for added speed.

The bottom features a single concave throughout, which gives enormous drive and control.

Every board we make starts with a foam core of our very own 50K closed cell foam. This foam is formalized exclusively for us, it is not used in any other board in the market.

The foam can withstand 50.000 kg per square meter, while staying very light, and most of all very flexible. Another plus of our 50K foam is that it is closed cell, meaning that the foam will not take in water. And the board will not blow out when it gets hot.

From the shaped foam we can go two ways: Hex-skin Carbon or Hex-skin Glass.

The base of the board consists of three layers wrapped around the core. An internal structural fibreglass layer, a hex-skin flexible honeycomb layer and another structural fibreglass layer that is placed in a 45 degree orientation. This to keep the board as flexible as possible while making a very strong base. The bottom is left without honeycomb, again to maintain maximum flex. How your board is constructed next depends on the strength option you choose.

The different strength options are explained in detail below. The board is now placed under a vacuum and with pressure, forcing the epoxy resin into the fibres. This way we use minimal resin and maximum fibre. Making the board super strong, yet very light. The colour is added as a pigment to the epoxy resin, coloring the entire board.

Hex-skin Carbon is similar in composition to the Hex-skin Glass boards. But instead of glass we use 100% carbon fibre, there is no glass hidden underneath the top layer of carbon. Using carbon makes the board lighter and it makes it stick to your feet even better. Because the board is so light, it flows over the chops a lot better than you might expect.

To give the carbon boards their unique look the deck is finished with a tinted resin, that can be customized. Pick your own colour or mix multiple for a truly one-of-a kind board. 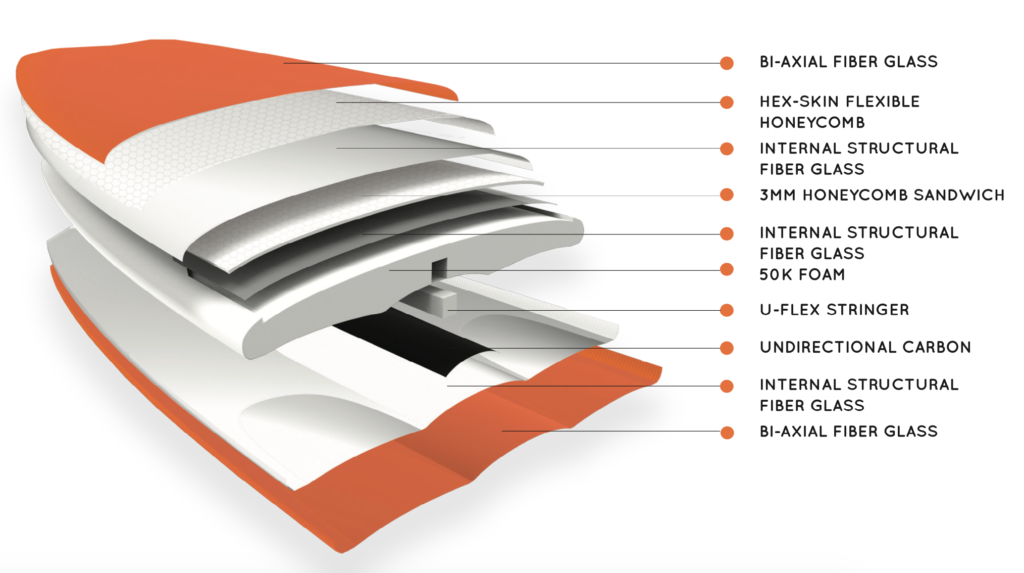 This is the standard construction for kite wave surfing. Meaning true surfing with a kite. You can do the occasional freestyle jump, but in general these boards are made for the waves. The construction consists of the normal Kite+ construction, but without the internal 3mm honeycomb. Instead there is an extra biaxial fibreglass layer under the front foot. The construction is more than strong enough for everyday use, and you will not ding the board easily. After some time slight heel dents may appear, this is considered normal, and it will not weaken the board.

This is our standard custom construction, pictured above. Suits most riders for wave and freestyle. And is therefore our standard custom strength construction. Under the front foot there’s a large patch of 3mm honeycomb inlaid in the foam core, with fibreglass underneath. The core is then wrapped by a layer of structural fibre- glass in a 45 degree orientation. A second thin flexible honeycomb layer is now layered all over the deck for more impact resistance. The Kite+ strength has the perfect balance between weight, strength and flex.

The same construction as the Kite+ but with all the glass in S glass. This higher quality glass is stronger and more flexible. Because of this, we can use less fibreglass and this makes the board about 15-20% lighter.

Our standard custom carbon construction, pictured above. Suits most riders for wave and freestyle and offers the right balance between weight, strength and flex. This board will last you a very long time. And in carbon fibre it is light and looks the part too! 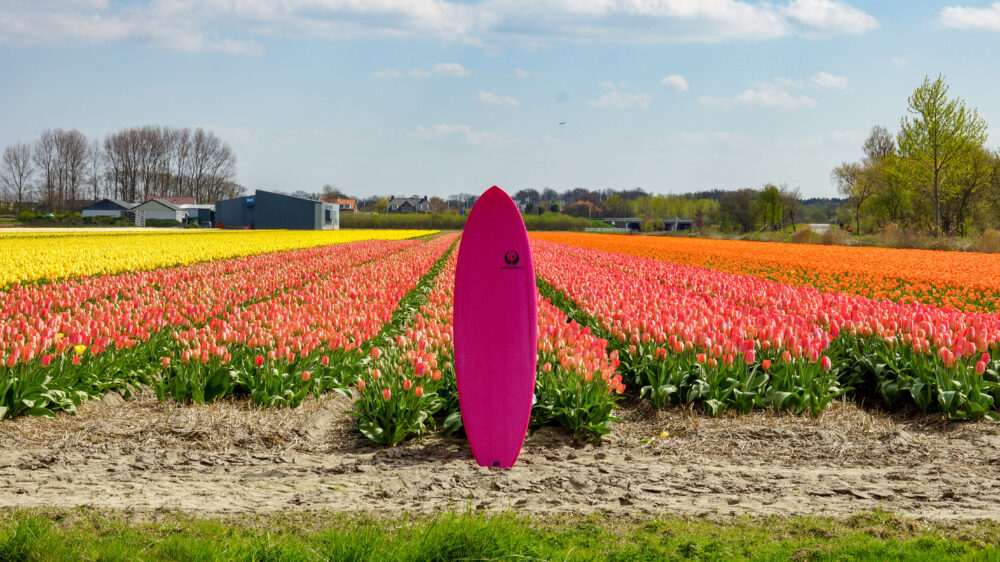 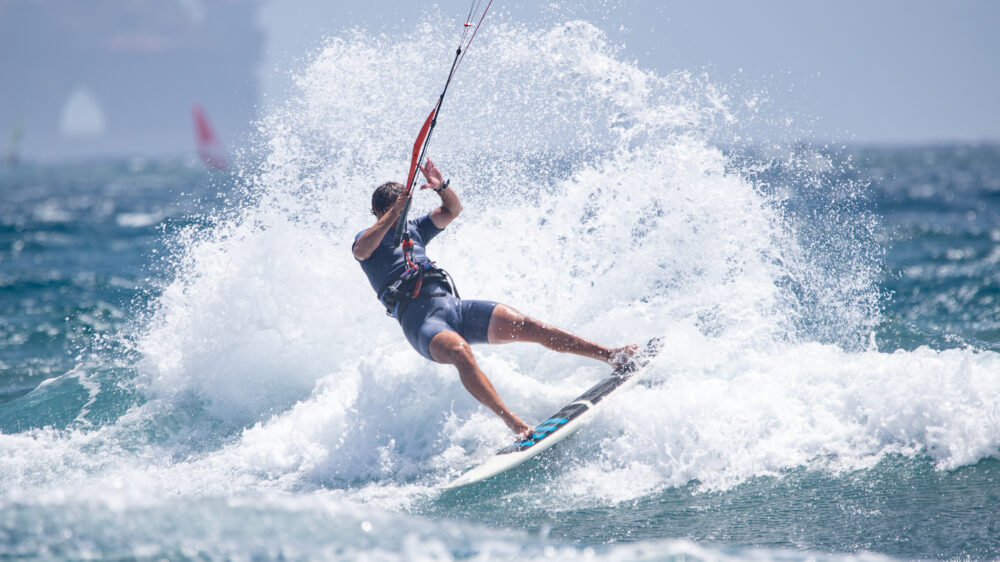